A Developer, a Comic Strip and Agile Went Into a Bar...

The format of short Dilbert-like comic strips is a very effective way of highlighting what goes wrong when agile meets reality, as its humor, exaggeration and provocations make the reader reflect on how to avoid the often relatable situation depicted in the strip. Focusing on the holes in the cheese instead of only the wonderfully sunshine tastes and smells of agile is what’ll help get buy-in from the critical developers when enterprises embark an agile journey.

In this talk, the creators of the popular agile comic strip, Comic Agilé, Luxshan Ratnaravi and Mikkel Noe-Nygaard, will display and break down the mechanics of how to create an educational agile comic strip and the components of it, such as setting the scene, introducing some agile theory, building an expectation and delivering a punchline in the form of an anti-pattern, misunderstanding or just plain craziness.

They’ll also show and analyze some of the most popular strips from Comic Agilé, as well as share the agile lessons to take away from each of them. All of this will be delivered in a highly entertaining and dynamic manner that invites any victim or villain of agile to eventually get more developers on board their agile journey. 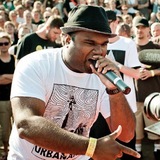 Exposing what happens when agility meets reality through #ComicAgile