Erlang is a programming language designed for the Internet Age, although it predates the Web. It is a language designed for multi-core computers, although it predates them too. It is a "beacon language", to quote Haskell guru Simon Peyton-Jones, in that it more clearly than any other language demonstrates the benefits of concurrency-oriented programming. It is a beacon language which has influenced over 30 other languages in the ecosystem, including Caramel, Gleam, List Flavored Erlang, LuErl, and of course, Elixir.

In this talk, Francesco will explain how the concurrency model and its key design features helped Ericsson move from single service networks to packet based switches in the 90s, but most important, how it is today helping the software industry power the future of cloud based microservices, mobile apps, the web and machine learning. They will show how both the properties derived from functional languages and the principles of fault tolerant computing make the programming model relevant to distributed multi-core architectures in cloud, edge and IoT networks. 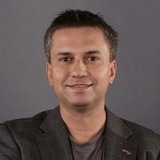