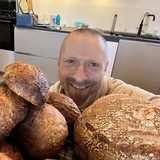 Started his career right out of University during the "dotcom bubble", so worked as a paper boy until an IT company was brave enough to hire him.

Has been a test-driven developer advocate for almost 20 years, and wants developers to love their tests.

Not a games developer, but passionately codes (retro) games in his spare time. Also runs and bakes a great deal.