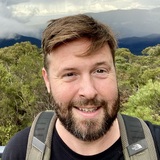 Jon is currently working with scalability with a focus on databases at Cash App (one of the products from Block Inc that is also behind the payment platform Square). It was originally built as a hack week project and ran for a long time on a single MySQL database. Jon was the lead engineer of the team that scaled out Cash App to where it is today, running on hundreds of databases.

Jon currently works remotely from Stockholm but has lived in many other parts of the world. In Berlin he ran a travel startup called Triposo. In Sydney he worked as tech lead on the now cancelled Google Wave, and worked on Google Maps and Meet. He was also founder of ThoughtWorks Studios (the product wing of the well known agile consultancy ThoughWorks) which was split between San Francisco, Bangalore, Beijing and Sydney.