It Can't Be that Hard: Elm Serializers and Fuzz Testing for Free

With this talk I want to encourage you to -- just once in a while -- give in to that little voice in the back of your head that says "Well it can't be that hard" when you stumble upon one of those intriguing, slightly intimidating and fun sounding projects, and just have a go at it and see where it takes you.

Some years ago when we were starting out using Elm at OTH, I stumbled upon such a project when one of my colleagues, who had just started learning Elm, said something along the lines of "Why do I have to write JSON decoders in Elm, it feels so cumbersome?" which made me think that "Surely, it can't be that hard to take the JSON schema files we already have that describe our REST APIs and generate Elm types and decoders from them?". Well, this innocent question escalated quite a bit as it ended up involving:

While the project was purely recreational in nature, as luck would have it I actually ended up having to implement something similar -- though slightly simpler -- at work a few months later which was a tool that could parse a different range of i18n file formats -> merge the content of each i18n file with newer translation data fetched from a central Translation Management System -> generate new i18n files based on the merged content. 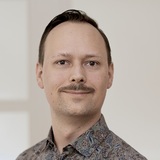